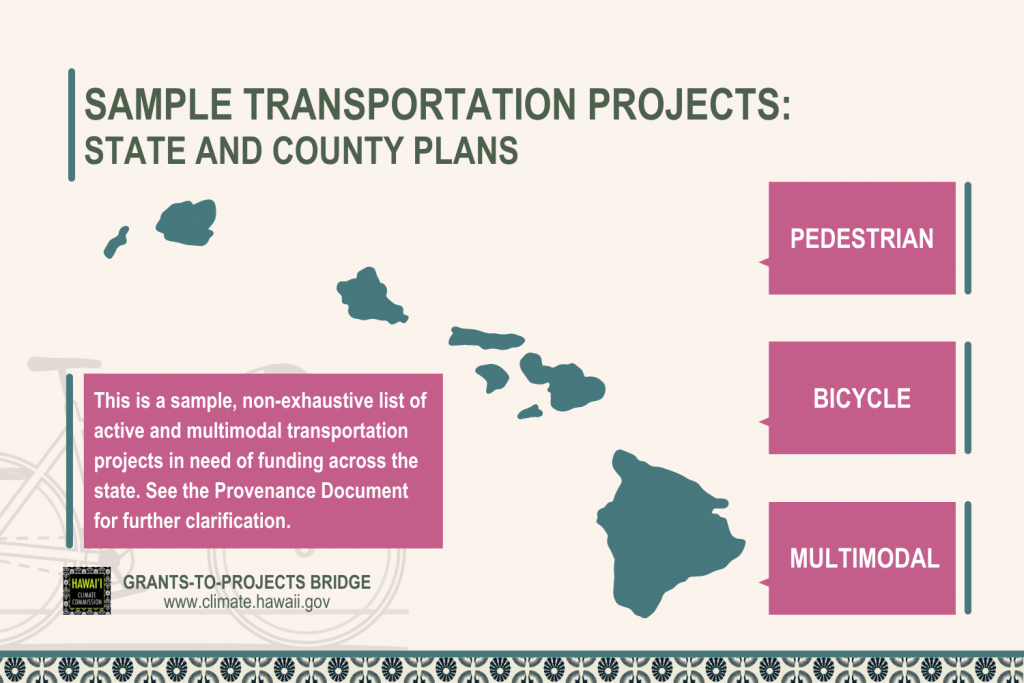 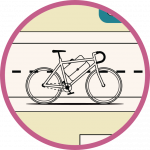 Transportation plans and project lists were included in the Grants-to-Projects Bridge if they:

From these plans and project lists, sample transportation projects were included if they are:

A note on how “priority” is determined: Priority is explicitly stated in some plans through a numbered/tiered system, or a projected timeline which has been mapped to a number tier (i.e. short-term = priority 1, middle-term = priority 2, long-term = priority 3). Where plans do not explicitly indicate priority, all projects in that plan are treated as priority 1 because of their inclusion in the plan.

This Provenance Document details what is included in the Transportation Projects spreadsheets, and why.

This list provides a starting point for climate-smart infrastructure investments, but is not a comprehensive list of such projects statewide.

Priority projects from the following plans were included in the spreadsheet.  Further details for inclusion are noted in the Provenance Document.

This included project list is a draft 2020 update which primarily includes projects from the 2003 Bike Plan Hawaiʻi that have not yet been implemented. Project details including cost estimates and priorities are subject to change before the final 2021 update. The 2020 Update does not currently have cost estimates for its included projects.