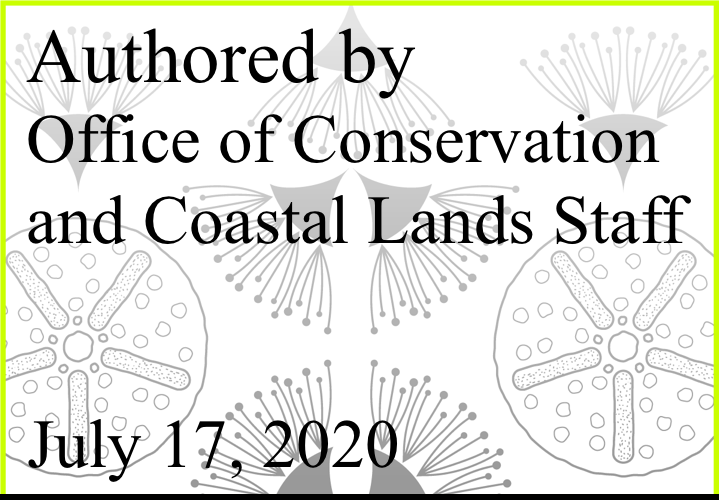 We’ve reached a tipping point in which near complete loss of beach resources is a realistic future if shoreline management practices are not significantly altered. The root of the issue stems from the fact that many beach-front homes sit atop coastal sand berms. These berms were formed in centuries past when waves from extreme storms stockpiled sand inland where ordinary waves could not reach. Now that sea level has risen to the point that waves can seasonally reach these stockpiles, the sand berms are becoming increasingly transient. This spells bad news for the structures built on top of them. Stated frankly, beaches and coastal development may not be able to coexist in a future with sea level rise. Now that we’re beginning to see this first-hand, perhaps it’s time to step back and consider where we are going, what we are doing, and what is really at stake.

The typical reaction to combat shoreline erosion is to armor the shoreline (with seawalls, rubble mound revetments, sandbags, and so on). While shoreline armoring can structurally support whatever lies behind it, the act is profoundly destructive to the fronting beach. The simple reason for this is that hard structures do not allow wave energy to naturally dissipate. When a wave washes up and slowly back down a sloping beach, water moves slowly enough that sand can fall out of suspension and be deposited. When a wave crashes against a hardened feature, the force of that impact causes water to speed up such that sand is picked up and carried away. Another more devastating consequence of shoreline armoring is that waves can no longer access the sand stored in the sand berm to naturally nourish the active beach.

If the State or County begins to authorize shoreline armoring, it will set in motion a beach killing game of dominoes. This is because shoreline armoring impacts properties on either side such that those property owners might seek erosion control and so on down the beach. This phenomenon is evident on already dead or dying beaches including Lanikai, parts of Mokuleia, and East Oahu. To forestall the temptation to erect seawalls along beaches, the State has authorized soft erosion control measures (such as sand pushing and installation of burrito sandbags). Although soft measures are mildly effective at protecting beachfront development, sea level rise will render these temporary measures increasingly ineffective. That is why we encourage beachfront homeowners living on chronically eroding shorelines to take measures now, such as decreasing their building footprint and relocating structures to the extreme landward extent of their property boundaries.

While the State and City will continue to work with property owners suffering from erosion, we need to work towards the goal of preserving our remaining beaches by resisting the temptation to allow further shoreline armoring.

To read more about preserving Hawaii’s beaches, check out this comprehensive paper on regulating coastal armoring!

Note: A key piece of legislation, SB 2060, that would help to preserve and protect coastal environments across the State in the face of climate change/sea level rise recently won agreement in the legislature and has moved to Governor Ige for his approval or veto. SB2060 represents a long-awaited modernization of coastal management laws. It includes provisions to strengthen prohibitions against coastal hardening (i.e. seawalls, rock revetments, etc.), particularly on beaches, and increases the building setback for new development to 40 feet vs. the current setback of 20 feet. The bill also adds sea level rise as an official coastal hazard in Hawaii, strengthening local government efforts to proactively address increasing climate change impacts. If approved. the bill would also strengthen Hawaii’s Coastal Zone Management law by mandating that the State protect natural infrastructure (i.e., reefs, beaches, and dunes) that inherently protect against damage from coastal hazards such as those exacerbated by sea level rise and climate change.

Disclaimer: The views and positions expressed on HIBlog are those of the authors and do not necessarily reflect the views and positions of the Hawai‘i Climate Commission or the State of Hawai‘i.  If you notice an error in our research or have concerns about quality, please contact Anukriti Hittle at [email protected]